Milwaukee Brewers: Should They Pick Up Eric Thames’ Contract Option? 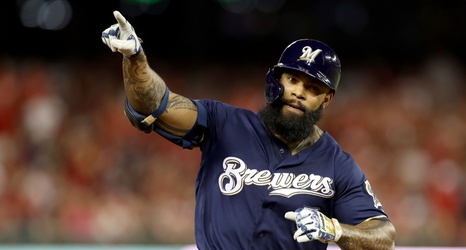 Eric Thames has had quite the tenure with the Milwaukee Brewers. After thriving in Korea, Thames signed a three year, $15 million contract with a $7.5 million club option to potentially make it four years. His first three years have passed and it’s time to make the decision on that club option.

Through 2017, this contract looked like a steal, with Thames having a breakout season. He stumbled in 2018 and lost his starting job after a thumb injury and Jesus Aguilar riding a first half hot streak for the ages. But in 2019, after a slow start, Thames started to put it together.