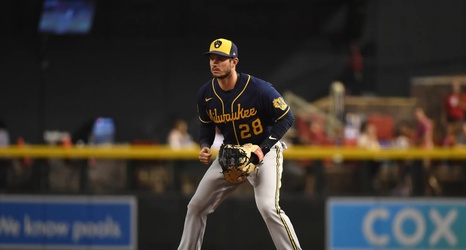 Robertson has been playing as a utility player and pinch hitter for the Brewers, but never could get going at the plate. In 50 games covering 90 PA, he hit .