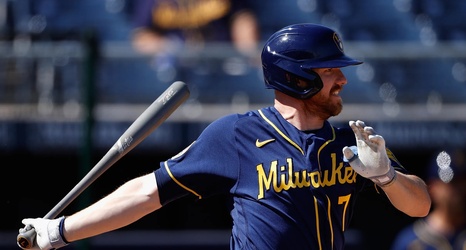 The Milwaukee Brewers made a move to switch out backup outfielders before Thursday night’s series opener in Colorado. Derek Fisher, on the Injured List with a left hamstring injury since Spring Training, was activated and added to the roster. He took the place of Tim Lopes, who was optioned to Triple-A Nashville.

Fisher, 27, joined the Brewers in February when he was DFA’d by the Toronto Blue Jays then acquired via trade for a PTBNL (eventually, Paxton Shultz). He was making a pretty strong impression in Spring Training, including getting a lot of time in center field, before he went down with his injury.