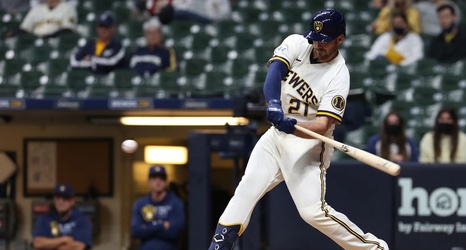 A great debate can be had among fans of the Milwaukee Brewers these days — who is truly the team’s “ace” starting pitcher? Freddy Peralta has really come on strong this year, and of course Corbin Burnes is about to resume his historic run following a bout of COVID (after admittedly refusing the vaccination), but Brandon Woodruff has the longest track record of success atop the rotation and led the team in innings pitched last season before jumping out to an early lead again this year.

On Wednesday, Woodruff once again made his case as “ace.”

Woody didn’t allow his first hit until a Harrison Bader single in the sixth inning, but John Gant of the Cardinals matched him zero-for-zero until breaking through in the bottom half of the sixth.