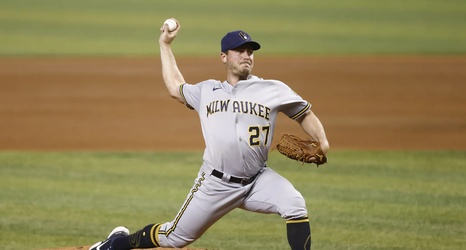 Age catches up with each and every one of us, and this morning 34 year old Jordan Zimmermann announced that he is retiring from Major League Baseball after a career that spanned parts of 13 seasons at the game’s highest level. He had briefly retired after spending the first few weeks of the season at the Alternate Training Site for the Milwaukee Brewers — for about two hours, as the story goes — before a team besieged by injury called upon him on April 30th to join the big league roster and fill some innings out of the bullpen.