John Axford headed to the Injured List, Angel Perdomo to replace him in Brewers bullpen 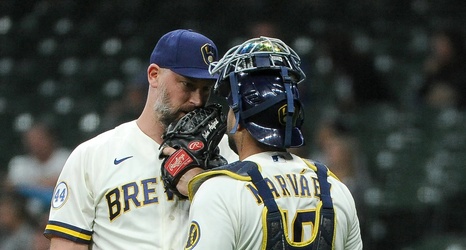 John Axford’s comeback attempt is hitting another bump in the road, as the 38-year-old’s first big league appearance in nearly three years is ending with a stint on the injured list.

Axford never quite looked right in his first appearance since September 2018, as he loaded the bases with a hit batter and two hits before walking in a run in the 9th inning of Monday night’s game against Pittsburgh.

He eventually left with the trainers after walking in a run against Ben Gamel, leaving Brad Boxberger to close out the game.

While the Brewers haven’t disclosed what’s ailing Axford — Craig Counsell told reporters that more tests need to be done, which sounds a bit ominous — they know enough to put him on the IL and recall Angel Perdomo to take his spot in the bullpen.