Jay Jackson will head back to Japan 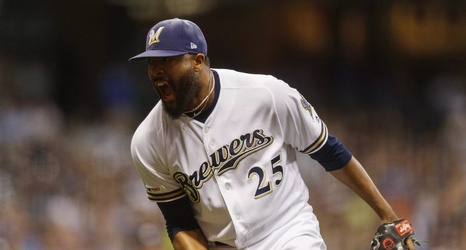 Another Brewers’ free agent decided to sign with another team. This time it was Jay Jackson. He will be returning to Japan, signing with the Chiba Lotte Marines.

Jackson was solid for the Brew Crew in 2019, covering 30.1 innings in relief. He sported a 4.45 ERA and a 4.66 FIP, though his numbers were highly improved in the second half. Prior to joining the Brewers on a minor league contract, Jackson pitched for the Hiroshima Carp from 2016-2018. In his final season with the Carp, Jackson posted a 2.76 ERA. While Jackson was competent as a major league reliever for Milwaukee, the 32-year old heads back to Japan where his fastball-slider combination are likely to play up a bit more.