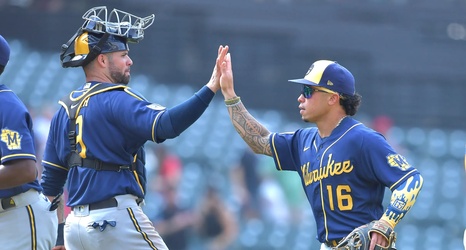 Sunday’s victory, which followed the Corbin Burnes/Josh Hader no-hitter, proved that the Brewers are not resting on their laurels. A trouncing to complete the series sweep in Cleveland was the only way to celebrate the feat, along with what is now a fourteen-game division lead, 34 games over .500, and a magic number of six.

Eric Lauer delivered a gem while filling in for an under-the-weather Brandon Woodruff. He put fans on no-no watch, dragging Cleveland hitless into the sixth inning, mere hours after Burnes and Hader ended the 34-year drought in Milwaukee. Lauer had 5.