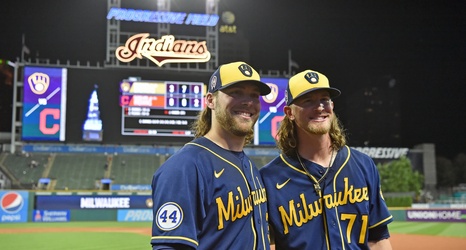 With the state of the Brewers pitching staff this season, many thought it would just be a matter of time before someone pitched a no-hitter. That night finally came on Saturday, though not in the traditional way.