Carlos Gomez, Yovani Gallardo, and Francisco Rodriguez to be added to Milwaukee Brewers Wall of Honor 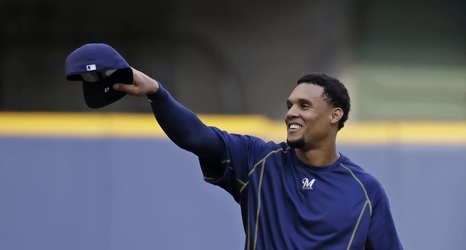 The Wall of Honor at American Family Field remembers the players and members of the Milwaukee Brewers’ organization who meet certain criteria in terms of accomplishment and longevity with the franchise. This year, three former players who filled prominent roles with the team during the 2010’s will be enshrined and honored during a ceremony that will take place during the summer — Carlos Gomez, Francisco Rodriguez, and Yovani Gallardo. The event will also serve as a ceremonial retirement for Gomez, who has stated multiple times during his career that he wished to retire with Milwaukee.

Gomez first arrived in Milwaukee as a 24 year old post-hype prospect in late 2009, when he came over from Minnesota in a one-for-one swap that included JJ Hardy.