Brewers: Why They Should Tender Travis Shaw A Contract 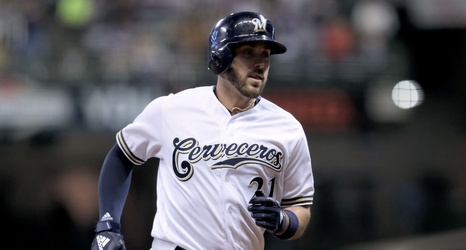 By the end of the day on Monday, we will know the fate of Brewers third baseman Travis Shaw. After turning in an abysmal 2019 season, he has found himself a strong non-tender candidate this winter.

Through his first two seasons in Milwaukee, it seemed a no-brainer that Shaw would be around for a while. He was an above-average offensive player with 30+ home runs from the left side of the plate each of those seasons, while also playing very solid defense at third base.

With Mike Moustakas returning for a full season in Milwaukee and playing at second, Shaw was penciled in as the starting third baseman once again.