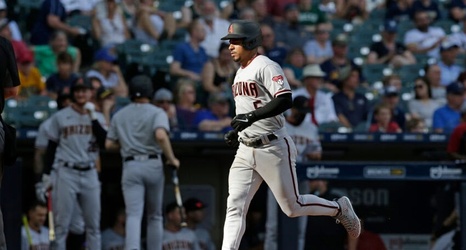 MILWAUKEE, WISCONSIN - JUNE 05: Eduardo Escobar #5 of the Arizona Diamondbacks hits a solo home run in the seventh inning against the Milwaukee Brewers at American Family Field on June 05, 2021 in Milwaukee, Wisconsin. (Photo by John Fisher/Getty Images)

The most chaotic time of the year has come to an end. General managers can finally get some sleep. Site editors can finally stop refreshing Twitter feeds. And the Brewers can move forward with their new roster.

The Brewers were involved in plenty of trade deadline chatter and like usual, the rumors of making a splash were present.