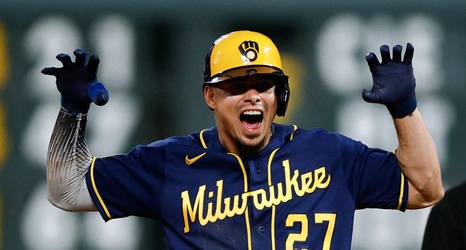 The Crew broke their five-game losing streak with a 6-5 come-from-behind win over the Colorado Rockies. The win puts the Brewers back atop the NL Central.

The Brewers got off to a strong offensive start with three straight hits, all hard hit. These hits would fall for hits, unlike most of the hard contact for the Crew across the contest, and indeed, most of the series.

Luis Urías led off the game with a double to right, Willy Adames (who would go on to his third four hit game as a Milwaukee Brewer) followed up with a back-to-back double to score Urías.