Brewers: Three Players the Brewers Wish They Had Kept 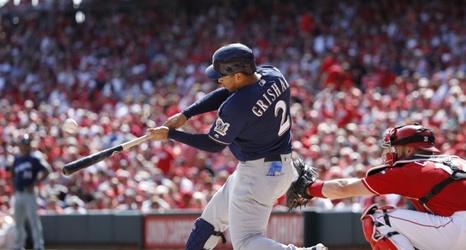 CINCINNATI, OH - SEPTEMBER 26: Trent Grisham #2 of the Milwaukee Brewers bats during a game against the Cincinnati Reds at Great American Ball Park on September 26, 2019 in Cincinnati, Ohio. The Brewers defeated the Reds 5-3. (Photo by Joe Robbins/Getty Images)

They say hindsight is 20/20, and after this 2020 season, there are some players the Brewers wish they still had.

The Milwaukee Brewers have had to make some difficult decisions over the past few seasons, resulting in the 2020 club looking drastically different than the 2018 team that fell one game short of a trip to the World Series, and the 2019 team that lost in the Wild Card Game.