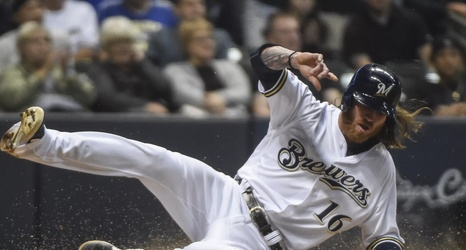 Through no fault of his own, Ben Gamel might’ve been the least popular addition to the 2019 Brewers at the start of the season.

The main piece the Brewers acquired in exchange for Domingo Santana (with Noah Zavolas being the other piece), more than a few saw him as a weak-hitting outfielder whose bat wouldn’t help the Brewers as much as Santana’s would. That was a feeling that was only reinforced by Santana’s hot start to the season with Seattle, but in the end, Gamel ended up being the better player -- maybe that wasn’t that hard, considering Santana finished with 0.