Brewers take another series as they beat the Phillies, 4-3 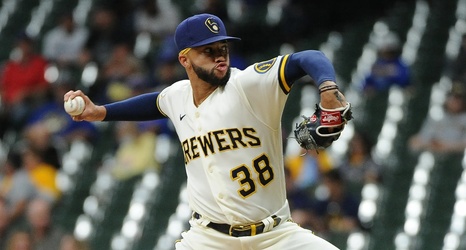 The Milwaukee Brewers took on the Philadelphia Phillies in the rubber match of a 3-game series this evening. As has been the case in most series this season, the Brewers took the series and got the win tonight, 4-3.

The Phillies did strike first when Bryce Harper hit a solo shot just over the right field wall. The Brewers immediately answered in the bottom half of the inning. Kolten Wong and Eduardo Escobar both got on base to start the inning via single and walk respectively. After a Christian Yelich strike out, Omar Narvaez doubled in Wong. The double allowed Escobar to get to third.