Brewers: Studs And Duds From The First 3 Series Of 2021 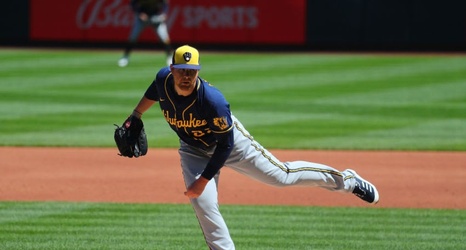 ST LOUIS, MO - APRIL 11: Brett Anderson #25 of the Milwaukee Brewers delivers a pitch against the St. Louis Cardinals in the first inning at Busch Stadium on April 11, 2021 in St Louis, Missouri. (Photo by Dilip Vishwanat/Getty Images)

After a bit of a rigid start, the Milwaukee Brewers have won two out of their first three series of the 2021 regular season, both coming against divisional foes. The pitching as of late has been ‘as advertised’ in the offseason and the bats seem to be awakening from their dormant regular season state.

Surely though, there are some guys that have stood out for the right and wrong reasons so far at the beginning of the Brewers 162 game marathon.