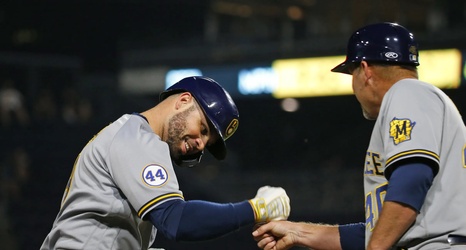 Good teams are supposed to take care of their business against bad teams, and that is exactly what the Milwaukee Brewers did on Thursday night against Pittsburgh. The Brewers closed out the road series with a sweep, concluding a three-game set which was largely non-competitive.

This game against the Pirates was actually close in the early going. The Brewers got on the board first in the second inning, when Tyrone Taylor doubled with one out, advanced to third on a wild pitch, then scored on a ball in play by Lorenzo Cain. But Pittsburgh starter Chad Kuhl and Milwaukee’s Freddy Peralta were both dealing, until Kuhl hit a wall in the sixth inning.