Brewers shut out Diamondbacks 5-0, but lose Daniel Vogelbach to a hamstring injury 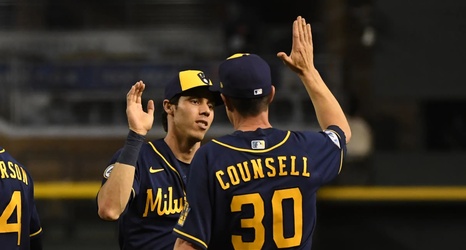 After the Brewers’ bad game yesterday, they managed to turn the tables with a much better day today. Unfortunately, it came with an injury for the second straight day.

The game started off quick, as Kolten Wong hit the third pitch of the game out to right for a quick 1-0 lead. Meanwhile, Freddy Peralta allowed a ground rule double to Ketel Marte and a walk to David Peralta in the first, but nothing else. However, the Diamondbacks lost Marte for the game with left hamstring tightness.

After that, the pitching took over for a while. Both teams went down in order in the second and third innings.