Brewers: RHP J.P. Feyereisen is Playing a Key Role In the Bullpen 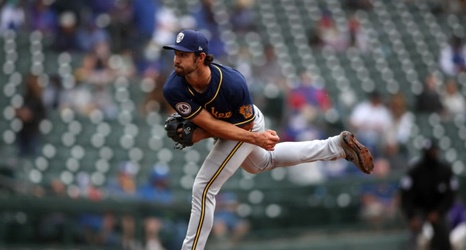 MESA, AZ - MARCH 12: J.P. Feyereisen #54 of the Milwaukee Brewers pitches during the game against the Chicago Cubs at Sloan Park on March 12, 2021 in Mesa, Arizona. The Brewers defeated the Cubs 8-3. (Photo by Rob Leiter/MLB Photos via Getty Images)

Even with a familiar set of faces returning in the Brewers bullpen in 2021, there were some key bullpen roles up for grabs going into this season. One of them has potentially been grabbed by one of Wisconsin’s own native sons.

After a fantastic spring training, Wisconsin native J.P. Feyereisen has been used in many pivotal game situations throughout this first week of the regular season.