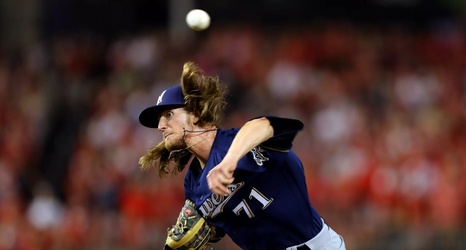 Milwaukee Brewers reliever Josh Hader is available via trade this offseason, according to Ken Rosenthal’s latest article for The Athletic.

Hader, the winner of back-to-back Trevor Hoffman Awards, would be one of, if not the most tempting player available on the market. Over the last two seasons, he’s thrown 157 innings with just a 2.52 ERA. During that stretch, he’s struck out 16.9 batters per game and walked just 2.9. The 25-year-old won’t be a free agent until 2024 on top of all that. So why would the Brewers want to trade?