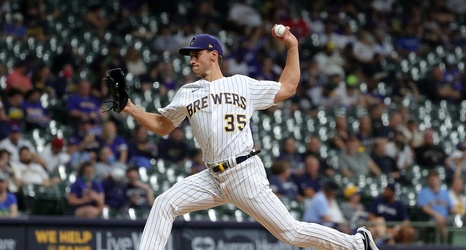 According to Brewers’ manager, Craig Counsell, RHP Corbin Burnes is likely to return from the IL (undisclosed) on Thursday. Burnes threw a bullpen session on Monday but last appeared in the April 26 Marlins contest. It was, by a long shot, his worst performance of the season. In five innings, he surrendered five runs (four earned). His otherwise otherworldly beginning of the season leaves him with a 1.53 ERA and 0.545 WHIP.

LHP Brent Suter returns from the bereavement list today. Suter also had a rough last appearance. He gave up three runs in his first start of the season on May 7’s Marlins’ contest.