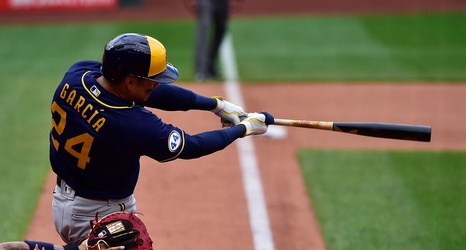 The Brewers’ offense came up big in St. Louis Cardinals in today’s contest at Busch Stadium, producing 9 runs on 13 hits. In addition to soundly beating the Cardinals today, the Crew’s offense suggested they might ready to recover from their painfully slow start to the season.

In the first inning, the Brewers drove in a run and left the bases stranded on a series of hard-hit balls. In the two spot, Christian Yelich beat the shift, reaching on a hard-hit breaking ball that got too much of the plate. Yelich beat a Yadier Molina throw to steal second before Travis Shaw smoked a liner to short that glanced off of Paul DeJong’s glove to score Yelich from second and give Milwaukee a 1-0 lead.