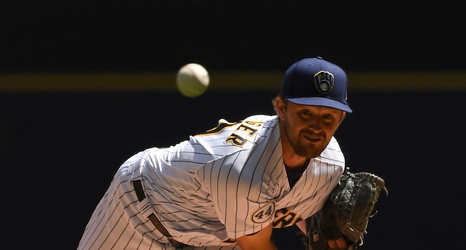 The Milwaukee Brewers seem more like a MASH unit than a baseball team lately, and among the battered group of initial out-getters, it was Alec Bettinger’s first chance to toe the slab and make his major league debut. Things did not go well; in fact, his start was historically bad.

Things started off promisingly enough, with Mookie Betts popping out on the first pitch of the ballgame. But then Corey Seager walked and Justin Turner singled. Will Smith flew out to right for the second out, but Chris Taylor was plunked to load the bases. Matt Beaty grounded a ball that was fielded by first baseman Keston Hiura, who quickly tried to shovel the ball to Bettinger as he covered first base.