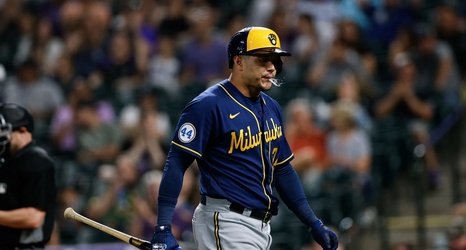 The Brewers put together a strong performance tonight. Unfortunately, it was not enough to end their losing streak.

The Rockies got on the board first, hitting four singles in the second inning to bring the first run of the game across the plate. The Brewers responded quickly, though. Luis Urias homered to lead off the third inning, tying the game at 1-1 through three innings.

Meanwhile, Kolten Wong was back in the lineup and playing well. He led off the game with a single, though the Brewers couldn’t cash that in. Then, in the second inning, he showed that he’s ready to be back in the field with a strong play on defense.