Brewers: How Does Orlando Arcia Compare To SS Around The League? 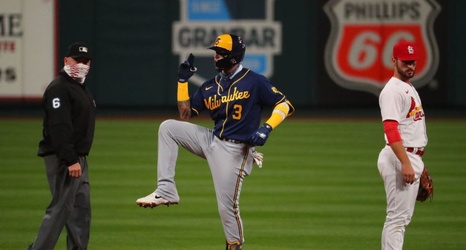 ST LOUIS, MO - SEPTEMBER 24: Orlando Arcia #3 of the Milwaukee Brewers celebrates after hitting a double against the St. Louis Cardinals as Mark Carlson #6 and Paul DeJong #11 of the St. Louis Cardinals look on in the third inning at Busch Stadium on September 24, 2020 in St Louis, Missouri. (Photo by Dilip Vishwanat/Getty Images)

When talking about the individual success of the Brewers players in 2020, not many position players really come to mind right away. But don’t be fooled, Orlando Arcia quietly had one of his best seasons in a Brewers uniform.