Brewers Fall to Tigers in Extras, 0-1 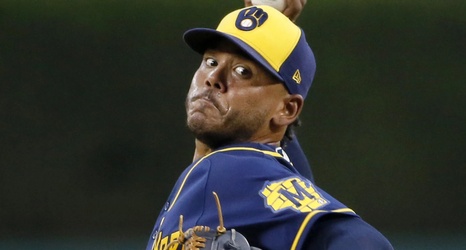 Tuesday night’s Peralta showdown in Detroit was a true pitcher’s duel from start to finish. There were only seven hits in the contest, and the only extra-base hit meant a walk-off win for Detroit.

Freddy Peralta and former Brewer Wily Peralta pitched six masterful innings before handing it off to their bullpens for shutout baseball that extended into extras.

Freddy Peralta looked more like himself, apparently rebounding from injury, and the rocky starts surrounding it.