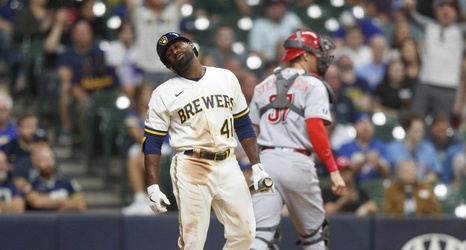 Tonight’s start featured Brett Anderson (4.99 ERA entering tonight’s game) of the Brewers and Luis Castillo (6.47 ERA) of the Reds. It wasn’t the type of pitching matchup that you would expect to turn into a pitchers’ duel, but that’s exactly what happened tonight.

In the first three innings, each team managed just one baserunner. Christian Yelich drew a walk in the first inning, and Kyle Farmer singled in the third. That was it in the first three innings. In the fourth and fifth, Brett Anderson kept the Reds off the bases. The Brewers did get a baserunner in the fourth (Yelich reached on an error) and fifth (Omar Narvaez singled), but both of them were erased on double plays.