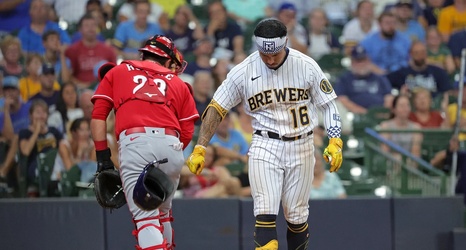 The Brewers continued their uninspiring play since the trade deadline, suffering a 4-2 loss in extra innings to the Reds.

It proved to be a pitcher’s duel between Corbin Burnes and Graham Ashcraft. Burnes battled his control through the first couple of innings, but he worked six strong innings and allowed just one earned run on a Michael Papierski home run.

Meanwhile, Ashcraft held the Brewers to just one run himself in 5 2⁄3 innings. That run came on a Willy Adames home run in the bottom of the third inning.

In what has become a theme lately, the Brewers’ run prevention unit scuffled in the late innings of the loss.