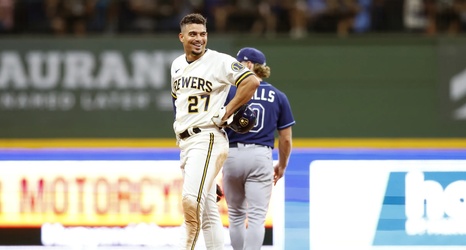 The Brewers have completed their two-game sweep over the Rays after a rough stretch against the Pirates and Reds. Brandon Woodruff was on the hill for the Crew, taking on Jeffery Springs for Tampa Bay. The Brewers were in need of a good series after losing the top spot in the division to the Cardinals.

After a 1,2,3, first inning from Brandon Woodruff, the Brewers struck early in the bottom of the first. McCutchen hit a two-out double, followed by an RBI single from Mike Brosseau. He then moved to second on a balk by the pitcher, and Renfroe drew a walk.