Brewers come back late to win big game against Twins, 6-5 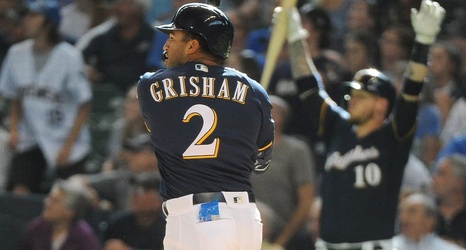 It is not often the Brewers play a team that hits more home runs than they do, but they did today in the form of the Minnesota Twins. The Twins added to their franchise record breaking total in this one as they launched three.

They got started really early with Mitch Garver who led the game of with a home run off Brewers’ starter Gio Gonzalez. This time he hit it just over the right field wall.. Later in the inning Eddie Rosario launched a solo shot off Gonzalez for a 2-0 early lead.

The Brewers answered in the bottom half of the inning.