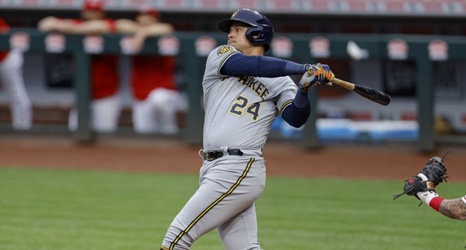 CINCINNATI, OH - SEPTEMBER 23: Avisail Garcia #24 of the Milwaukee Brewers bats during the game against the Cincinnati Reds at Great American Ball Park on September 23, 2020 in Cincinnati, Ohio. (Photo by Michael Hickey/Getty Images)

2020 was Avisail Garcia’s first season with the Milwaukee Brewers. He signed a two year $20MM deal with a club option for the 2022 season. Unfortunately, his first season as a Brewer was not very memorable.

With Lorenzo Cain opting out of the season, Garcia made the transition as the team’s everyday centerfielder. With the increased physical demand of that position he also battled a nagging ankle injury throughout the season.