An early look at the Milwaukee Brewers projected payroll for 2020 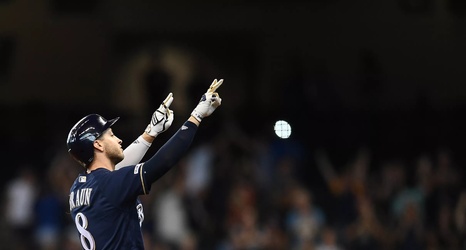 After making their first postseason in seven years and riding a late-season hot streak that propelled them to the NLCS, the Milwaukee Brewers opened up the pocketbooks like never before heading into the 2019 season. Splashy one-year signings of Yasmani Grandal and Mike Moustakas headlined the offseason dealings of David Stearns, and the club opened the year with a franchise-record payroll approaching $123 mil.

Even more money was added to the ledger as a result of myriad trades and signings during the course of the year, and the maneuvering paid off when Milwaukee made back-to-back postseason appearances for the first time since 1981-82.