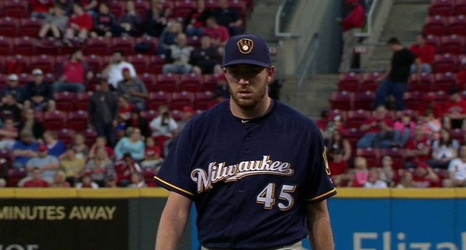 CINCINNATI -- Tyler Cravy knew all along this would be a spot start, but that did not make Friday's 5-1 loss to the Reds any easier to absorb.

Called up to start because Wily Peralta is on paternity leave, Cravy surrendered five runs on six hits, including a pair of Reds home runs, and was promptly optioned back to Triple-A Colorado Springs. The Brewers gave his roster spot to left-handed reliever Michael Kirkman, who was claimed off waivers Thursday and will join the team on Saturday.

"It was a little tough, obviously knowing I was going right back down," Cravy said.

See full article at Official Site of the Brewers