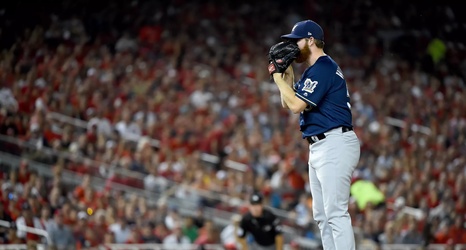 With the benefit of hindsight, we can now say that David Stearns’ decision to go with three young guns in the starting rotation to begin the 2019 season was a failure. The rise of Brandon Woodruff to All-Star status, however, kept Stearns’ mistake from becoming a complete and unmitigated disaster.

Woodruff pitched parts of the two previous seasons at the big league level before 2019 and showed flashes of his potential, especially during 2018’s stretch run and into the playoffs. He actually struggled a bit out of the gates to begin this year, allowing 4+ earned runs in three of his first five starts while posting a 5.