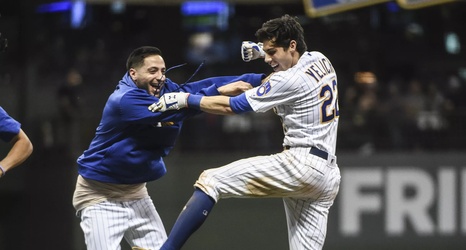 After winning the National League Most Valuable Player award in 2018 with a .326/.402/.598 batting line, there was plenty of room for Christian Yelich to take a step back offensively and still remain an elite player. Instead, the 27 year old used all the regression talk as fuel to somehow get even better in 2019.

Even though his season ended on September 10th when he fractured his kneecap on a foul ball, Yelich still finished with arguably the top offensive season in franchise history. In 130 games and 580 plate appearances, he hit .329/.429/.671 with 44 home runs and 30 stolen bases, posting (along with Ronald Acuna, Jr.