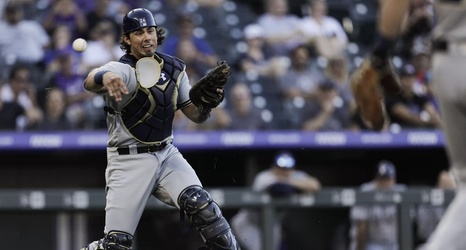 Jacob Nottingham had a strong 2018. Despite some injuries, he hit .281/.347/.528 with 10 homers, one short of his single-season high. Add on his Major League debut, and it was a season any player could be happy with. Despite coming back to the majors for a few games in 2019, he didn’t exactly build on last year’s success.

Nottingham played in just 83 games for the San Antonio Missions this season. Playing time was hard to come by with veteran catcher David Freitas hitting the crap out of the ball. During that time, Nottingham hit just .