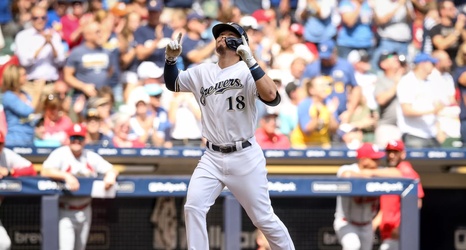 To start the 2019 season, the Brew Crew Ball community voted on their own top prospect list. Now we’re going back and looking at how the group did choosing the top prospects and reflecting on each of their seasons. We’ll be ignoring any (the one) prospects that were traded.

To start, we are looking at number one prospect Keston Hiura. He was the org’s unanimous top prospect since mid-2018 for good reason - he can hit.

Hiura started the 2019 season at Triple-A San Antonio. From April 4 to May 13, he demolished baseballs with the Missions to the tune of a .