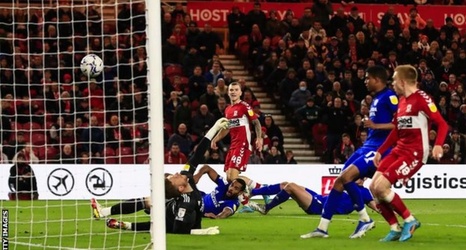 Middlesbrough kept their promotion hopes alive with a vital 2-0 win over Cardiff City at the Riverside Stadium.

Chris Wilder's side are now seventh, trailing Sheffield United by two points with two games left in the battle for the last Championship play-off berth.

Boro went ahead on 28 minutes with their first effort of note, as Marcus Tavernier found the net from 25 yards with a powerful right-footed effort.

Middlesbrough knew a win was imperative in their bid to finish in sixth place, with no room for slip-ups against a Cardiff side safe from relegation and with little to play for.