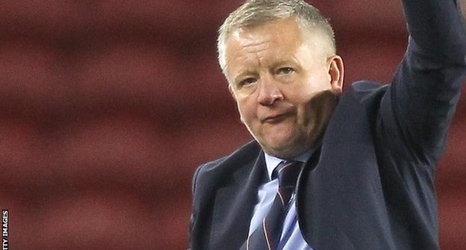 Middlesbrough boss Chris Wilder has been impressed with the way the squad has bought into his ideas since succeeding Neil Warnock as manager.

The 54-year-old says he has changed the tactics and approach, and the squad has responded well to the tweaks.

"So they should be because this a proper football club. Certainly the way the players have adapted to a new way of playing because we're talking about being possession-based, out of possession and in possession they've had a hell of a lot chucked at them.