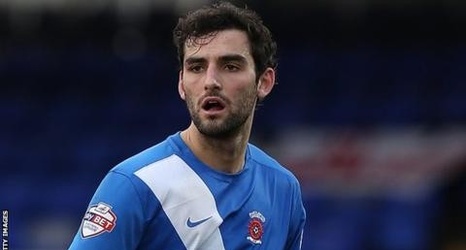 Barnsley have signed Middlesbrough centre-back Adam Jackson on a three-year deal for an undisclosed fee.

Boro academy graduate Jackson, 22, failed to make a senior appearance for the newly-promoted Premier League side.

The former England Under-19 international played in 35 games for League Two side Hartlepool last season, having joined on loan in November.

"He is ready for the challenge of the Championship," Tykes head coach Paul Heckingbottom said.

"His ball distribution, speed, and ability to bring the ball out from the back fits perfectly into our playing style."

Jackson will fill the gap left at Oakwell by Alfie Mawson's imminent move to Swansea City.