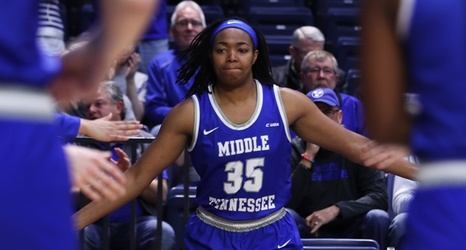 There was every reason to believe her goal could become a reality based on the manner in which her Lady Raiders (21-9) were playing entering the C-USA Championship in Fricso, Texas. Middle Tennessee entered the tournament having won five of its last six and nine of 11 overall, including key wins against WKU and at Charlotte.

"Our team was focused and we all had our eye on the ultimate prize," said Savage, Middle Tennessee's lone senior.