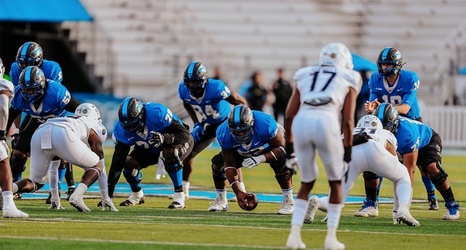 MURFREESBORO, Tenn. — In some ways, it's all you can ask for in a football season: to be playing meaningful games late in November.

Though for Middle Tennessee and Florida Atlantic, playing a game where the winner becomes bowl eligible, and the loser has to go home for the year, likely isn't the meaning they would've liked to have for their 12th game of the season.

"It's a big week for us," Blue Raider head coach Rick Stockstill said. "Obviously, there's a lot on the line for both teams. You win and you keep playing.