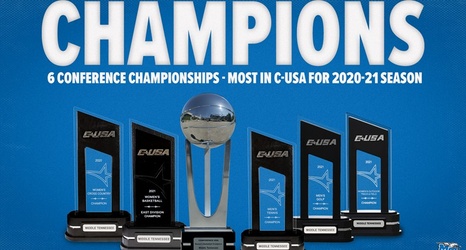 MURFREESBORO, Tenn. – Conference USA has enjoyed a banner year with member schools achieving enormous notoriety on a national scale in sports across the board.

C-USA produced a national championship in men's soccer, has four baseball teams in NCAA Regionals, had a basketball team win the WNIT, a men's team reach the Final Four of the NIT, had a volleyball team advance to the Sweet 16 of the NCAA Tournament, had a men's golf team make the NCAA Championship, and has 11 men and nine women competing in the NCAA National Track and Field Championships next weekend.