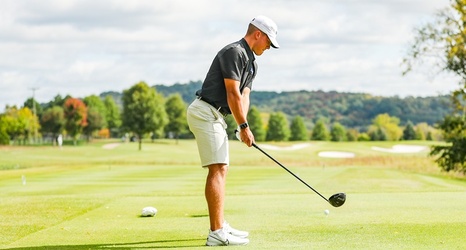 BARK RIVER, Mich. – The Middle Tennessee men's golf team closed out the Island Resort Intercollegiate on Monday, led by top-10 performance from sophomore Kevin Jegers and finishing tied for fourth out of the 10-team field at the 7,375-yaard, par-72 Sage Run Golf Club.

Palmer Sadlowski and Mattias Varjun, who competed as an individual, both tied for a team-low 74 over the final 18 holes of competition and finished 20th and tied for 31st over the two-day affair. Varjun tied for a team-best four birdies during the last round, while Sadlowski drained three birdies on day two.