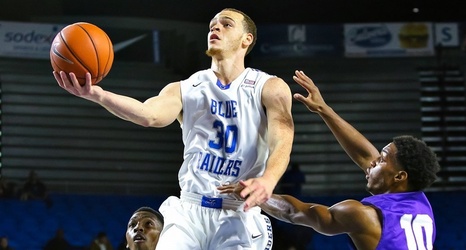 MIAMI – In replacement of walking the stage inside the Murphy Center during MTSU's commencement, Fausto Lopez had two trips around the bases in Miami as Middle Tennessee baseball defeated FIU 5-1 Saturday night.

On the game's first pitch, Lopez blasted a home run to left field to put the Blue Raiders in front early. He continued his graduation party at FIU Baseball Stadium the next inning by hitting a three-run shot in his second at-bat to grow the MT lead to 4-0.

With the early run support, starter Jaden Hamm took control of the game from there.