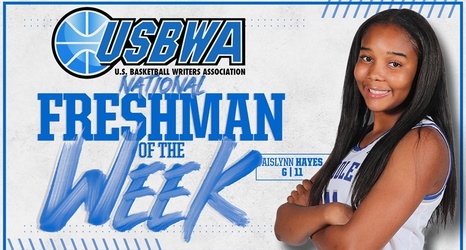 Hayes becomes the first Lady Raider ever to earn the honor twice after also earning the award, Nov. 26. The Murfreesboro, Tenn., product joins Villanova's Maddy Siegrist as the only freshmen to earn the award twice this season.

Hayes continued her outstanding breakout season with a game-high 22 points in Middle Tennessee's 82-70 win against TCU, which entered the game with a 9-1 mark and receiving votes in the Associated Press and ESPN Coaches Top 25 polls.