Hayes thought he had seen it all 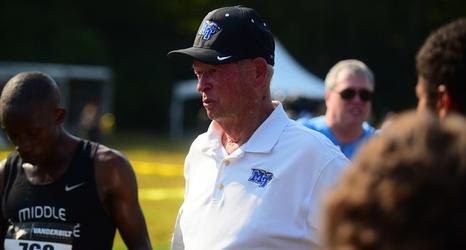 MURFREESBORO, Tenn. – At 82 years of age, longtime Middle Tennessee track and field coach Dean Hayes thought he had seen it all.

Born in 1937, Hayes was 8 years old when World War II ended. He has lived through many other wars and skirmishes and been associated with athletes during various Olympic boycotts.

But Hayes had never seen the sports world — professionally and collegiately — brought to a screeching halt until last week due to concerns associated with the coronavirus.

"The closest we came was probably 9-11 when we had delays with Major League Baseball and the NFL postponed its games that week and rescheduled them for later, but in terms of shutting down like we have now, I have never seen anything like it," Hayes said.