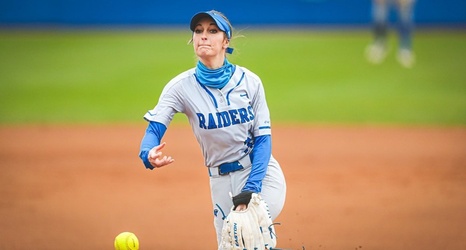 MURFREESBORO, Tenn. — Middle Tennessee right-hander Corrina Dodd produced a pair of gems in the circle over the weekend and was rewarded with Conference USA's Pitcher of the Week award, the league announced Monday afternoon.

The weekly honor is Dodd's first of her career and MT's first Pitcher of the Week award since Cori Jennings held the title in April 2018.

The Trafford, Alabama native entered the weekend with an ERA of 0.92 to lead Conference USA and place No. 23 nationally among pitchers with at least 30 innings pitched and lowered that ERA to 0.