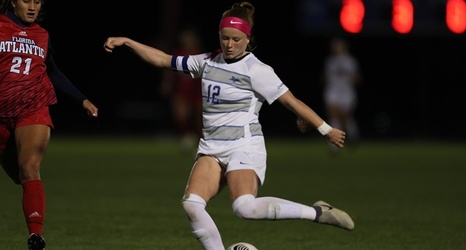 Representing District 3, DePriest was chosen as one of the top NCAA Division I players from from Tennessee, Virginia, and North Carolina.

Despite playing just six games this season, DePriest led the Blue Raiders with four goals, including three game-winning goals, the most in Conference USA. For her career, the Franklin, Tennessee native has 46 goals, already an MTSU record and just one shy of the C-USA record.